The British Columbia Cement Company’s main plant was at Bamberton, almost directly west of Tod Inlet on the west side of Saanich Inlet.

The Bamberton cement factory had been built in 1913 by the Portland Cement Construction Company, the Canadian subsidiary of the Associated Portland Cement Manufacturers (1900) Ltd., Britain’s largest cement company at that time.

The map below shows the location of the former British Columbia Cement Company plant at Bamberton. The site, at 1555 Bamberton Road, Mill Bay, B.C. is now occupied by Lehigh Cement.

Here are some photographs of the ruins of the Bamberton Cement factory in 2004: 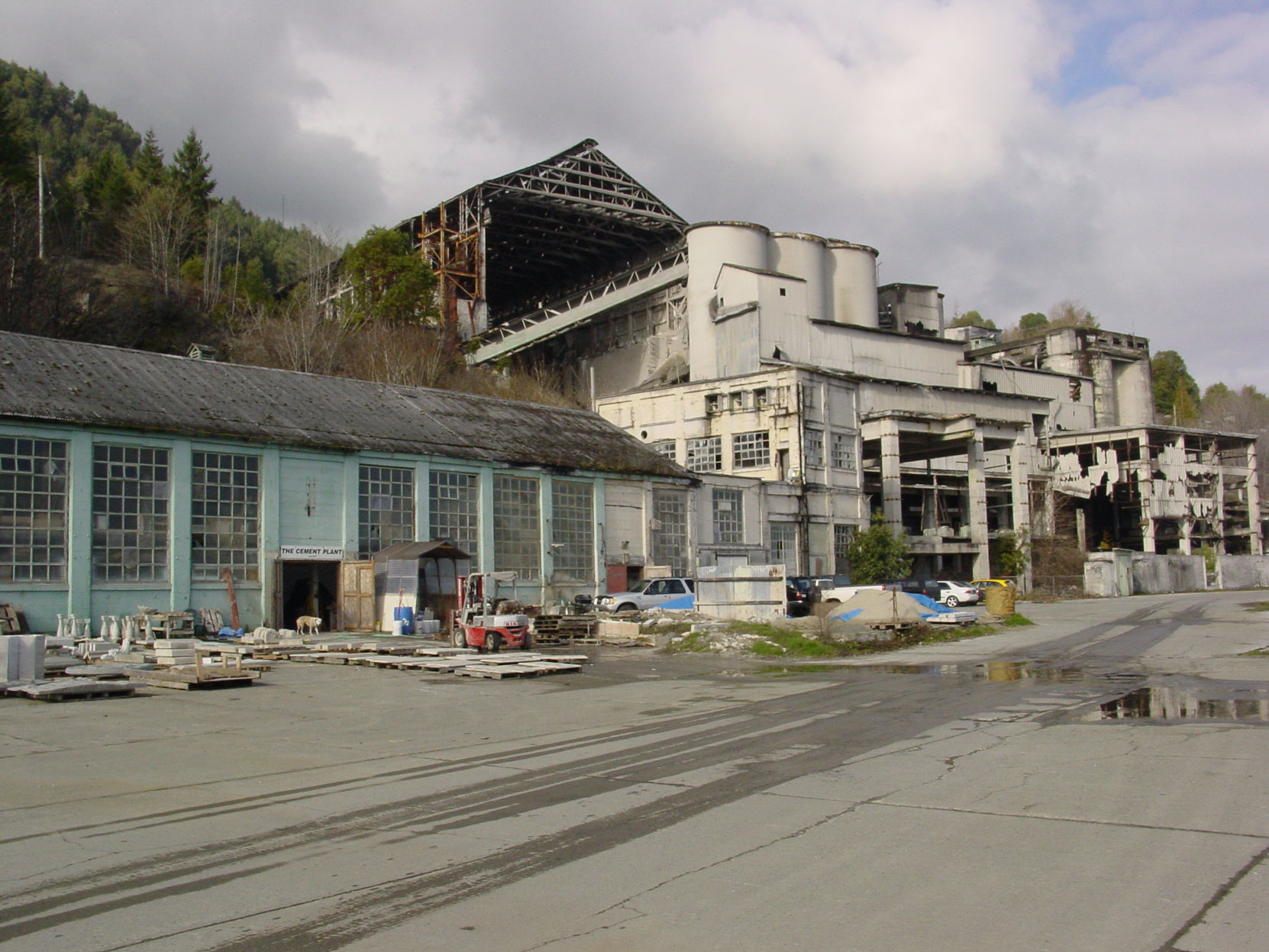